Established in 2010, Easy Cloud began with the goal of helping small to medium businesses migrate to Google Workspace (formerly Google Apps, or G Suite) for email and operations, WordPress for websites, and Untangle for security.

DevOps is the combination of cultural philosophies, practices, and tools that increases an organization’s ability to deliver applications quickly and efficiently.

Under a DevOps model, development and operations teams are no longer working independently in separate departments. Sometimes, these two teams are merged into a single team where the engineers work across the entire application lifecycle, from development and test to deployment to operations, and develop a range of skills not limited to a single function. These teams use practices to automate processes that historically have been manual and slow. They use a technology stack and tooling which help them operate and evolve applications quickly and reliably.

Automate and Treat Everything as Code

Automation of the build, test, and deployment processes—plus treating infrastructure (and ideally security) as code—are key attributes of DevOps. It all starts with Agile development and CI/CD, with processes and tools that allow for faster, continuous, and more effective development and testing. Potential problems are identified and resolved quickly, resulting in well-tested, higher-quality applications and features that are delivered to constituents faster. 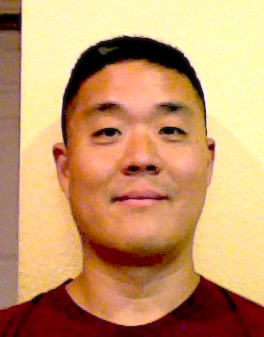 My name is Ray Choi and I have been in the tech space since 1996 when I graduated from UC Berkeley. In 1993, I met Jesus Christ and was born again as I repented of my sins and put my trust in Him.

In November 1993, in obedience to God’s Word, I publicly confessed Jesus to be my Savior and Lord and was baptized. By God’s grace, I am now married to Jackie and have 3 wonderful boys.

As a Christian and a bi-vocational college minister for much of my years, I worked at various companies including Bank of America’s Technology Headquarters as a Systems Engineer, the United States Postal Service as a Technical Project Manager, Episerver as a Systems Administrator and overseas at Vodafone in Tokyo as a Data Mining Engineer.

In 2010, I started Easy Cloud Solutions, a technology consulting boutique based in Los Angeles, CA — specializing in Google Apps, WordPress, IT and security.

In 2012, I helped establish a church plant named Hill Community Church where I continue to serve as the Lead Pastor.

In early 2016, I also founded Easy Cloud, a hosting company which provides a ready-to-go infrastructure for the Atlassian suite of tools running on Amazon Web Services (Amazon’s cloud solution), Azure, or Google Cloud Platform. I, along with many on my team, are AWS certified. Let’s connect on LinkedIn.