A good power supply that will supply 5V is vital.

Red power LED does not light, nothing on display

The power is not properly connected.

The red power LED should never blink, because it is hard-wired to the 3.3V power supply rail. If it is blinking, as one user has reported it means the 5V power supply is dropping out. Use a different power supply.

Red power LED is on, green LED does not flash, nothing on display

With recent firmware, according to this forum post the green light will blink in a specific pattern to indicate some types of errors: 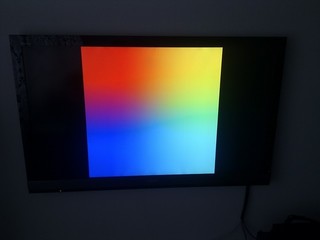 With recent firmware, a coloured splash screen is displayed after firmware (start.elf) is loaded. This should be replaced by linux console a second later. However if the coloured screen remains, it suggests the kernel.img file is failing to boot. Try replacing it with a known good one.

Text appears on screen, but then hangs with debug messages. This can be caused by USB devices such as keyboards. Try again with nothing in the USB.

Raspberry Pi shuts down soon after booting up

This is caused by a power supply producing too low a voltage.

Pi boots sometimes but not always

With a known good power supply and known good SD card, the R-Pi boots occasionally, but other times shows only a tiny green flicker from the “OK” LED and it fails to start, even with no USB devices and no Ethernet. This has been reported several times and remains an open issue. Low voltage or an improper SD card can cause it. Some SD cards will work until they warm up slightly, and then fail. When exposed to 21 C room temperature the warmest part of an uncased working R-Pi should be 41 C. The wiki has a list of working SD cards. Buy from a reliable vendor as it has been claimed that 1/3 of all “Sandisk” labelled memory cards are counterfeit.

If you think you have a problem with your power supply, it is a good idea to check the actual voltage on the Raspberry Pi circuit board. Two test points labelled TP1 and TP2 are provided on the circuit board to facilitate voltage measurements.

Use a multimeter which is set to the range 20 volts DC (or 20v =). You should see a voltage between 4.75 and 5.25 volts. Anything outside this range indicates that you have a problem with your power supply or your power cable.

If you have not used a multimeter before, see these [basic instructions]

Note: Even if the multimeter shows the correct voltage, you may have some power supply problems. A multimeter only displays the average voltage. If there are very short-lived dips or spikes in the voltage, these will not be shown by the multimeter. It is best to measure voltage when Pi is busy.

If your voltage is low, it could be:

Note: keyboards with LCD displays, built in USB hubs, backlights, etc are likely to be problematic. Try to use a basic one. Wifi dongles are also unlikely to work when directly connected. Connect high powered USB devices to a powered USB hub.

Try booting without HDMI, ethernet or USB deviced plugged in, and see if the voltage improves.

There have been a number of problems reported that seem to be caused by inadequate power, this is an attempt to explain what is needed and the consequences of not having enough power.

The power required by the Pi will vary depending on how busy it is and what peripherals are connected.

This means that it’s difficult to say exactly how much power is needed. People have reported current requirements of between 300mA and 550mA. But it could in reality take more, especially for short periods. A simple multimeter will not show short surges on the power requirement. A surge in the power requirement for a few milliseconds will not be detectable by a meter but will be enough to cause problems. If the board does not get enough power the voltage will drop. If it drops enough parts of the system will run unreliably because data can get corrupted. The USB IC runs on 5V and handles the USB and Ethernet ports so it’s likely that this will be the first thing to fail. Problems seen are unreliable Ethernet connection and unreliable operation of the Keyboard and/or mouse.

Each of the two USB ports on the Pi has a polyfuse rated at 140 mA, so any connected USB devices should draw less than this amount of current. In addition the polyfuse will cause a significant voltage drop, so that USB devices get less voltage than is available on the RPI itself, sometimes up to half a volt less (maybe more if the fuse has recently been hot). For regular “low power” USB devices this doesn’t cause a problem as they are designed to work with voltages as low as 4.4 Volt. This isn’t the case however with some USB devices such as WiFi dongles which may need 4.75 Volt, and are also known to draw more than 150 mA when configured and active.

The microUSB input port also has a 1.1 A polyfuse (700mA “hold current”) which may also have enough resistance (although much smaller than the 140mA fuses) to cause a significant voltage drop on the board, even below its 1.1 A total current.

There are several reasons why the power to the board may be inadequate:

How Can I tell if the power supply is inadequate?

Common symptoms of an inadequate power supply are

If you think you have a problem with your power supply, it is a good idea to check the actual voltage on the Raspberry Pi circuit board. Two test points labelled TP1 and TP2 are provided on the circuit board to facilitate voltage measurements.

Use a multimeter which is set to the range 20 volts DC (or 20v =). You should see a voltage between 4.75 and 5.25 volts. Anything outside this range indicates that you have a problem with your power supply or your power cable. Anything inside, but close to the limits, of this range may indicate a problem.

Things that can cause problems

On the RPi usb power cable

We have tested several USB cables. As many USB devices do not use much power, the resistance of the conductors in the cable is irrelevant. At 5 ohms and 50mA of current the voltage drop will be about 250mV. This is acceptable for most devices (and that’s how it should be: the USB specifications require tolerance of such voltage drops).

On the other hand, some devices require more power. Those often have their own power supply so they too will work with the provided cables. And thirdly, phones that charge off USB will simply not charge as fast as they might with a good cable. In short, you won’t often notice a higher resistance in USB cables.

However at 500mA a 5 ohm resistance will cause a 2.5V voltage drop. As the Model B will draw a peak current of 700mA, the voltage drop over such a cable will be quite unacceptable.

The cable that comes with a modern phone that charges using the micro USB port will probably be fine.