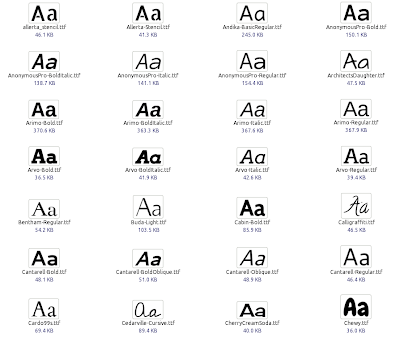 If you want to take a look at the script before running it, download it from HERE.

Once the script finishes downloading and installing the Google fonts, you can go ahead and try them out. If you want to use one of the Google Web Fonts for your desktop, right click your Desktop, select “Preferences” and set the new font on the “Fonts” tab.
The script creates a “fonts-master” folder in the directory where you run it (your home folder if you’ve followed our exact instructions). I decided not to delete it from the script since you may need it.

Update: the script was initially downloading the Google fonts via Git (initially via Mercurial) however, since there are now so many fonts, the “git clone…” command used to time out quite often, so I decided to update it to download the repository master as a single .tar.gz archive.