How to start Ubuntu in Console mode

I want to know if there is a way to switch to console mode from boot menu. I’ve NVIDIA 1070 and every time there is an update, GUI stops working. All I need to do is re-install the drivers however to do that I need console.

[EDIT]: I should have added more information to this question but I’ll comment on all answers. In short: I’ve tried text instead of quite splash I do see booting in text more however I don’t get login screen ctrl+alt+f1 doesn’t help because GDM keep trying to restart. Previously I managed to kill GDM through multiple tries but is not working since latest update

[EDIT]: After searching for runlevel, I’ve found Change runlevel on 16.04? but I think it required me to have running system to make changes, please correct me if I’m wrong.

Yes you can. As described here (ubuntuhandbook.org – Boot into text console ubuntu) you need to edit /etc/default/grub to have the next boot end up in text mode. In summary you will set these parameters:

After saving changes you need to run:

in order to rebuild /boot/grub.cfg. If for some reason you can’t run the update you can also edit the file manually after booting with live DVD / USB.

For a single boot session you can simply use Ctrl+Alt+F1 to switch to a console login.

Boot the computer from an Ubuntu live USB, and after the BIOS screen, hold down the left Shiftkey. You will then be prompted by a menu that looks something like this: 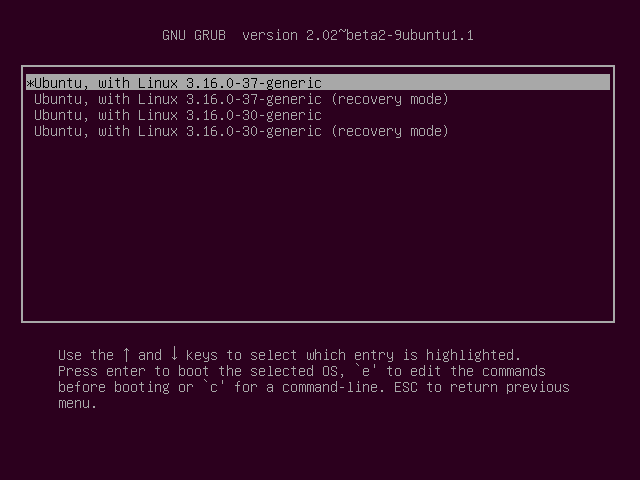 The timing when to hit the left Shift key can be tricky, so sometimes if you miss it you need to try it again.

Hit the down arrow until you select the 2nd entry from the top (the one with the recovery mode in the description) and then hit Enter.

Now you should see this menu:

Using the arrow keys scroll down to root (the second entry from the bottom in the Recovery Menu) and then hit Enter.

You should now see a root prompt and you can run commands from it.

lightdm is called lightdm because it is a lightweight application compared to GDM which is heavy and takes longer to load. If you still have lightdm installed you can switch back to using lightdm as the default login display manager with the command: sudo dpkg-reconfigure gdm. This will open up a new window allowing you to select either gdm or lightdm as the default login display manager.

Reboot the computer with the command sudo reboot

After that the keyboard shortcut Ctrl+Alt+F3 may start to work properly, and allow you to start Ubuntu from the console.

Start Ubuntu from the console